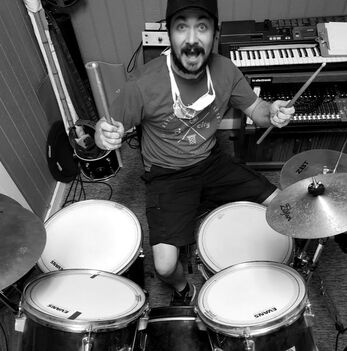 Corey Christensen has taught his own brand of music and theatre to children and adults for over 15 years.  Corey was born and raised in southern Oregon where he spent his youth performing live music and theatre on stages like the Ross Ragland Theatre, The Linkville Playhouse, Oregon Stage Works, and Oregon Shakespeare Festival.  He has been playing the guitar and drums, as well as acting and directing, since he was 12 years old.  As a teenager he created Klamath Teen Theatre in Klamath Falls, Oregon and was also guest teaching after-school programs for local elementary and middle schools.  His band in high school, “4 out of 5 Dentists” won several talent shows in Klamath Falls Oregon.  After High School he went on to work on movie sets as a Production Assistant in Hollywood and continued to play music up and down the West Coast.

After completing his BA in Sound Design and Theatre for Youth at The Evergreen State College, Corey worked for the Oregon Shakespeare Festival, Ashland Children’s Theatre and ran his own puppetry company “steppuP Puppets”. He has also worked for The Helen Hayes Theatre Awards in Washington DC, Blue Sky Puppet Theatre in Maryland, and Perry-Mansfield Performing Arts School and Camp in Steamboat Springs Colorado. While working for Blue Sky Puppets he was honored to perform for the Obama Administrations’ Children’s Inaugural Ball.

Prior to moving to Silverton, Corey comes to Silverton Oregon from the Portland/Vancouver area, where taught music and theatre for the last 6 years at places like Musical Beginnings in Vancouver Washington and Full Life in Portland Oregon.  Corey believes in the power of mentoring, loves puppetry, plays the drums, guitar, bass, ukulele, banjo, and keys.  Notably, Corey's old bluegrass band, took 1st place in 2010 at the Spirit Mountain Casino “Country Ruckus” competition. He's also recently played and performed with other Country/Americana/Blues bands in the area.

Currently, Corey also currently serves on the board of directors for the Silverton Country Historical Society. Corey is a proud husband and father, he wouldn't be who he is without his wife Shana, his son Brant, and his daughter Sephy! 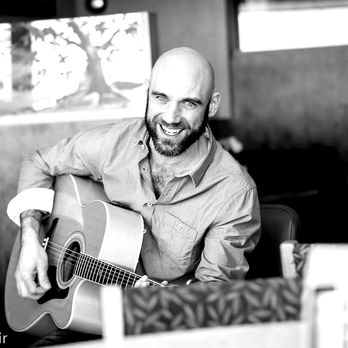 Michael Paul is a guitarist and singer/songwriter from northeast Wisconsin. Over the past 20 years Michael has performed a variety of events averaging well over 100 performances a year to include: festivals, weddings, funerals, benefits assisted living and memory care facilities, coffee houses and clubs. He recently performed live on WKOM in Columbia, TN during his stay in the Nashville area. Michael has many years of experience working in a professional studio setting as a recording artist, producer and engineer, most recently recording a full length EP at Pearl Studio in Canton, MI. After two years of independently touring the Midwest, Michael has decided that Oregon will be a great place to settle and share his talents. Michael studied music at the University of Wisconsin in Marinette under David Geibler. In addition to this, he has studied under a personal guitar coaches and has been furthering his musical education daily ever since. The drive behind Michael Paul's creative energy is to inspire others to set and achieve personal goals in music writing, performance, recording, and in daily living. Check out some of Michael’s music by going to his artist page facebook@michaelfcmusic.com
Michael teaches guitar, ukulele, piano, and drums.

Michele Lynn is a multi-instrumentalist and singer/songwriter from New Orleans, Louisiana.  In 2013 she decided to call Silverton home, settling down from a life of touring worldwide in many ballet companies and musical venues, ranging from the Mariinsky Theater in Russia to the local church. She has been teaching various forms of music and instrumentation and performing for over 20 years. Currently, Michele performs with multiple bands, including Sand-Lynn, MP3, and East Valley Jazz, singing, and playing keys, bass, guitar, drums, other percussion, but the truth is... she would never pass up an opportunity to play anything that has strings attached.
Having graduated with an MA from Asbury, Michele will tell you that her real musical education came from the streets of New Orleans, and the study of music in her many travels. Her greatest joy is to share what she has learned with people in creative ways to help them experience their own journey with music, and to learn from each person she meets. ​ 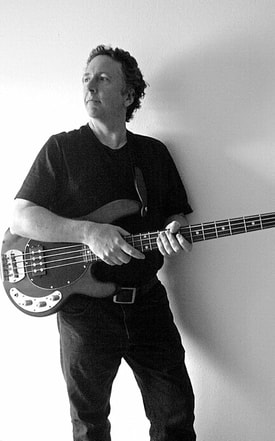 MUSICIAN/SINGER/SONGWRITER/INSTRUCTOR
Ed has over 25 years professional playing, recording and teaching experience on guitar and bass, he has been successfully gigging in bands since the age of 14. He can play multiple styles (rock, blues, jazz funk, folk) on guitar and bass and has been writing songs for almost forty years. Ed is a very a fun and engaging performer. Over the past 25 years he has taught hundreds of students from ages 6 to 60  on guitar and bass. Ed aims to provide a fun relaxed atmosphere for each student that fosters learning and growth. Can play and teach all the rhythm section instruments (guitar, bass, drums, vocals). In addition to his amazing music instruction Ed also wrote, produced and directed his own short film “Deadbeat” about a band in addition to composing all the music in his film! 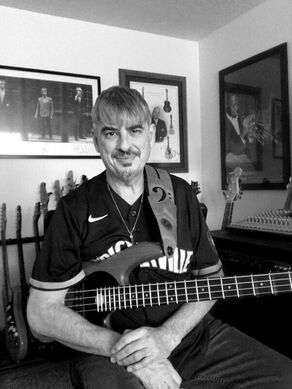 Kevin recently moved to Oregon from Texas after spending 28 years working for Kilgore College, first as Music Director, programming 16 hours of classical music per day for the radio station KTPB-FM, then moving up to the Music Department upon completing his Masters in Music from Stephen F. Austin State University, where he taught private guitar, bass and composition lessons, as well as Music Appreciation (online and in the classroom) Popular American Music and Desktop Recording. While at Kilgore College, Kevin also led a Jazz Combo & Guitar Ensemble. A bassist by trade, Kevin has taught guitar lessons, bass lessons, jazz and improvisation, piano, and recording technology as well as leading various ensembles.  Prior to academia, Kevin taught music lessons at several organizations in and around the Lubbock Texas area. Since moving to Oregon, Kevin has quickly established himself as an in-demand bassist playing for such artists as The Pat Stilwell Band, The Andrew Matthews Band and the Jenny Moriarity Experience.   As a side project, Kevin has recently launched a solo act, singing some of his favorite songs accompanied by his nylon string guitar. He is excited to have another music instructional opportunity here in Silverton Oregon and is eager to take on as many students as he can handle!